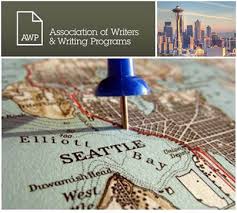 The authors of the editors’ note that begins Volume 17/2014 of Chicago Quarterly Review: The Chicago Issue are justifiably thrilled that the publication has reached its 20th birthday: “We are amazed and humbled to look back at the hundreds of writers who have lent their work to our pages. If ever there were a testament to the exuberance of the Chicago writing scene, and the Chicago influence on the mind and psyche of those touched by the city, this is it.”

You will find here the work of a few of my erstwhile newspaper colleagues: Gary Houston, long gone from the Sun-Times, with a nonfiction entry; former Tribune editor and publisher Jack Fuller, with a short story titled “True With Time,” and former Tribune book editor/critic John Blades, who also serves as fiction editor of the review, with his “The Fourth Dementia” story.

Fuller and Blades have published novels, and they are joined here by former Tribune reporter Rogers Worthington with “Bugroast,” his first published short story.

The Chicago Reader’s Michael Miner breaks from his steady, decades-long stream of media columns and other musings to contribute three short poems, the first to reach the public since a couple were published in his ship’s newspaper when he served in the U.S. Navy.

The work of some of the city’s brightest young talents — Don De Grazia, Gina Frangello, Joe Meno and Christine Sneed among them — is here too, full of energy and coltish inventiveness. They are joined by veteran prose pros such as Rosellen Brown.

There is not a writer alive who will not benefit from reading “Writing and Publication,” Harry Mark Petrakis’ remembrance of his early stabs at writing, excerpted from his memoir, “Song of My Life,” due to be published next year. There is no one I can think of who has toiled more tirelessly and passionately for his place in the world of words than has Petrakis.

“What became apparent to me was the importance of revision,” he writes. “As I became more intensely involved with the writing of stories, I found myself revising beginnings and endings and certain crucial scenes through as many as eight to ten drafts.”

Also included here are three stories by local high school students, full of promise. These were the winners of the first Budding Literary Masters prizes, launched this year by the Chicago Literary Hall of Fame, which was created almost single-handedly by Donald G. Evans. Evans is a tireless sort who also has a piece for this volume, a sad-chilling story titled “The Princess of Portage Park.”

I would hope that those names register and that some of the names in this book will achieve whatever success or fame their words deserve. But I would also hope they realize that fame is tough to get and harder to hold.

If you want proof, it is in this issue of the review. In “The Paradox of Ben Hecht,” former Sun-Times’ reporter/columnist Jan Herman writes, “If Ben Hecht is remembered at all today, it is not for his novels. It is not even for his journalism or the movies he wrote, credited and uncredited, but for a more general reputation as the most successful screenwriter of his time.”

Rick Kogan is a Tribune senior writer and columnist.