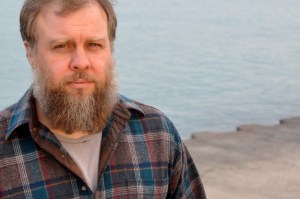 An Interview by Katie Alstadt

Don De Grazia is the author of American Skin, a contemporary coming-of-age novel. His stories have appeared in Chicago After Dark, The Chicago Reader, TriQuarterly, and in 2014, his story “Black Was Missing” appeared in the Chicago Quarterly Review’s special Chicago Issue. Don is also a professor at Columbia College Chicago, teaching fiction. I had the pleasure of catching up with Don recently to discuss his current projects and get his perspective on the future of publishing and literary fiction.

Don is currently working on two different novels and a collection of short stories.   Several of the short stories are interconnected, sharing several common characters and environments. He’s also continuing to develop characters he introduced in prior works, such as Black from “Black Was Missing.”

Given Don’s versatility as a short story writer, novelist, fiction and nonfiction writer, I asked him about his writing process.  “When I’m writing short stories, I have a very clear sense of the story’s end, the resolution and the themes, which are the driving forces of the story for me,” Don says.  As for novels, Don states that unlike short stories he “writes on the edge of discovery,” meaning he lets the story and the characters guide him towards revelations and resolutions. I found this particularly encouraging as many young novelists and writers apply the same process to their larger works of prose.

Don also shared that recently, he has been writing screenplays.  Initially he approached them the same way he approached his prose: with the notion that screenplays “are simply just stories.” However, he soon discovered that novels and short stories are very different from screenplays.  “Screenplays are incomplete movies,” Don says.  “The writer is challenged to focus on enhancing the storyline while thinking about elements that do not exist until later production, such as lighting and sound environments.” Despite these challenges, Don says that the technical concepts you learn in all storytelling can be applied to screenwriting.  “You still need to develop an intriguing plot and focus on rich character development.”

Of all the forms he’s tried, which is his favorite? “I prefer fiction because I feel like much of the nonfiction and memoirs out there today are fictionalized. Our memories are subjective versions of reality where the writer puts order into something that previously did not exist.”

Don’s success is inspiring and I had the honor of working with him in a fiction class at Columbia College. So like all aspiring writers, I was interested in his experience with publishing and how his novel went from a simple idea to a published work of fiction. His response was moving. “If you devote yourself to writing a book and pour yourself into it, you will get published.”

The process of choosing a small press or a top publishing house after your novel is complete is more complicated and relies heavily on individual taste. Writers have to decide if they want more personal, detailed attention which they will receive at a small press or if they want to work with a top publishing house, where they might become a “bingo chip” in the pool of established authors.

However, with all these different options, including self-publishing, Don declares that young writers should be more encouraged than ever, as the publishing world is constantly changing forms and creating many more exciting opportunities. “The lines in the industry are blurring,” Don says.

Don recently shared with his students the example of a young adult novel written by James Frey entitled Endgame. The book is set to be the first interactive, multimedia experience and will incorporate e-books, interactive gaming and Youtube videos. Imagine the opportunities to engage the reader using audio and visual tools.

I appreciated Don’s professionalism and willingness to take time to share his insights and expertise. I believe he is a great example of the talent that exists within Chicago’s literary community and I am sure we will be hearing more great things from him in the future. 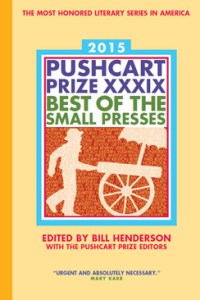 “Breeding Grounds” by Amy Bitterman, published in our Spring 2013 issue, has received a “Special Mention” in the 2015 Pushcart Prize Anthology! www.pushcartprize.com 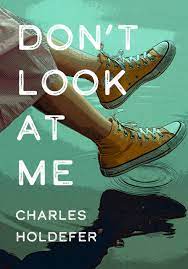